A NEW FOUNDATION FOR MANAGING THE PLACE OF WORSHIP AT FONTANELLE

On 22nd January 2014 in front of a notary in Bedizzole,  a long path came to an end. The path began in September 2013 together with the members of the Association Rosa Mystica Fontanelle and its aim was the establishment of a new legal reality, both in the civil and canonical order, which could take over the management of the moveable and immovable property  accumulated in the last decades near the place  of worship at  Fontanelle in Montichiari.

In this regard, following the indications of the Congregation for the Doctrine of the Faith and for making ever more evident the connection with the diocesan ecclesiastical authority,  the civil Association Rosa Mystica Fontanelle has been transformed into a civil Foundation, by modifying adequately  its Statute and the governing bodies;  at the same time, this new Foundation has been recognized also within the canonical order, by means of a special  Episcopal decree,  as a Foundation for Cult and Religion, under the supervision and custody of the Bishop of  Brescia. As a consequence, all the assets of the previous Association have been transferred  and registered in the name of the new Foundation, who has the same name of the ceased Association, that is, Foundation Rosa Mystica Fontanelle.

The aims and activities of the Foundation, separate from the direct management of cult and liturgy, entrusted to an Episcopal delegate according to the indications given by a special Directory approved in 2013, can be synthetically outlined as follows: in a spirit of cooperation with the priests taking care of the worship,  make all the necessary to give all pilgrims a dignified reception; grant that the worship can take place in a spirit of prayer, sacrifice and penitence; arrange suitable measures in order to prevent behaviours or actions against the public order and in the respect of the place and the persons; proceed with the storage and study of the devotional facts and testimonials which have made and make nowadays Località Fontanelle a place of Marian worship and prayer, recognizing that each final judgement in this regard is of exclusive competence of the Church, according to the canonical right and its Magistery; protect, without profit, the  existing environmental features and intended use of the place called ‘Fontanelle’.

The appointment of all the members of the governing bodies of the Foundation, in compliance with the Statute in force, is under the competence of the Bishop of Brescia; for the first two mandates, in these bodies will be granted a  fair representation of members who were part of the Governing Council of the  ceased civil Association, as a tangible sign of gratitude for the work done by a lot of them in these last years, in service of  Fontanelle in Montichiari.

The aim of this further and important step, carried out for a common desire of clearness, it is not only formal and legal, although much needed:  it is that of expressing even more clearly an attitude of trust and cooperation among the people involved, so that the service offered to the faithful reaching Fontanelle could concretely show the features of the ecclesiastical communion.

Members of the  Executive Board
of the Foundation Rosa Mystica FONTANELLE

With Episcopal appointment for a period of five years (from 2019 until 2024), in compliance with the Art. 10 of the Statute:

Members suggested by the Diocese of Brescia:

PRESIDENT of the Executive Board, in compliance with Art. 9 of the Statute:

With this decree the Bishop of Brescia, Monsignor Luciano Monari, means to define adequate regulations for the practice of the Marian worship  in Località Fontanelle, Montichiari.

“The Bishop of Brescia , Monsignor Luciano Monari, taken note of the actions taken by his  predecessors and of the instructions of the Holy See about the so-called  apparitions of the Virgin Mary in Montichiari, and also of the recent Letter of the Congregation for the Doctrine of the Faith dated  13th November 2012, with this Directory wants to  regulate in  a definitive way the worship in Fontanelle giving an adequate assistance to the pilgrims arriving in this place from all over  Italy and from abroad…” 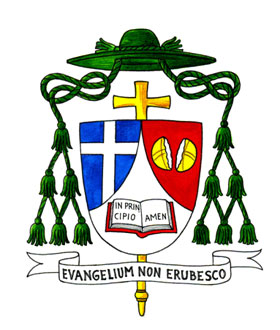 We use cookies on our website to give you the most relevant experience by remembering your preferences and repeat visits. By clicking “Accept All”, you consent to the use of ALL the cookies. However, you may visit "Cookie Settings" to provide a controlled consent.
More info Cookie SettingsRejectAccept All
Manage consent

This website uses cookies to improve your experience while you navigate through the website. Out of these, the cookies that are categorized as necessary are stored on your browser as they are essential for the working of basic functionalities of the website. We also use third-party cookies that help us analyze and understand how you use this website. These cookies will be stored in your browser only with your consent. You also have the option to opt-out of these cookies. But opting out of some of these cookies may affect your browsing experience.

Others
Other uncategorized cookies are those that are being analyzed and have not been classified into a category as yet.
Necessary
Necessary cookies are absolutely essential for the website to function properly. These cookies ensure basic functionalities and security features of the website, anonymously.
Functional
Functional cookies help perform certain functions such as sharing website content on social media platforms, collecting feedback and other third party functionality.
Analytics
Analytical cookies are used to understand how visitors interact with the website. These cookies help provide information on metrics the number of visitors, bounce rate, traffic source, etc.
Advertisement
Advertisement cookies are used to provide visitors with relevant ads and marketing campaigns. These cookies track visitors across websites and collect information to provide customized ads.
SAVE & ACCEPT
Powered by